A History of Soybeans in Japanese Food Culture

A History of Soybeans in Japanese Food Culture

Starting with tofu and eda-mame (green soy beans), many traditional Japanese soy-based foods have become popular across the world. Soy foods have a long history of use in North East Asia in particular, and each country has developed its own soy-based cuisine that appeals to local preferences. There is in fact a wide variety of soy foods, and they are an intrinsic part of shojin ryori, vegan food eaten by Buddhist monks in Japan and other Asian countries. Don’t assume that this meant they ate bland uninteresting food! Not at all! Buddhist monks became very accomplished at designed soy-based dishes that had complex tastes and textures. 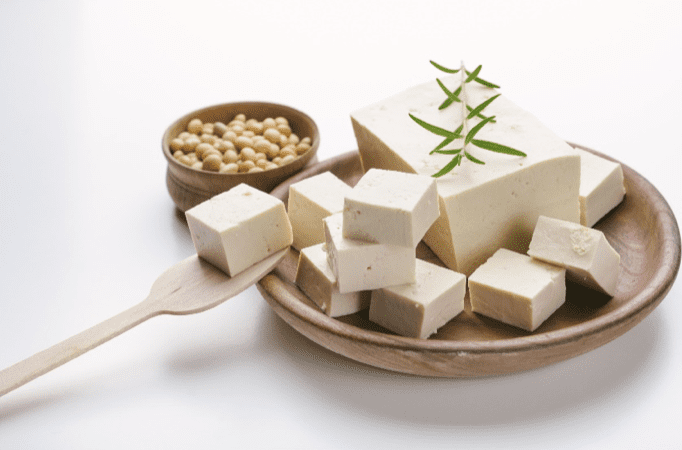 In the following essay, Professor Teruyoshi Matoba, Professor Emeritus of Nara Women’s University gives an overview of the history of soy foods in Japan. 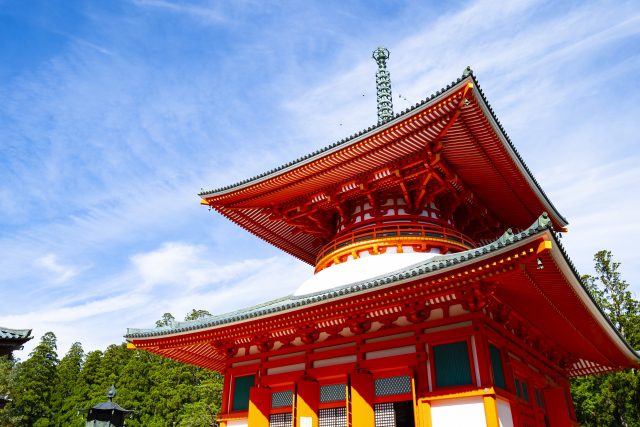 I love food made from soybeans. I particularly adore koyadofu (what JAS, the Japanese Food Standards organization, calls kori dofu). In Nara Prefecture, where I was born, we called it simply “koya” or “koya-san,” a familiar food

throughout my childhood. Even today, my wife never fails to simmer a large pot of koyadofu cut into bite-sized pieces for me on my birthday. It is delicious not only cooked in a homemade broth of kombu (dried seaweed) and katsuobushi (bonito shavings), but also in a store-bought broth or one made from dried sardines. I can eat it for days on end and not tire of it. Unfortunately, the koyadofu sold these days is often less than satisfying, with a soft texture and bland flavor. I prefer old-fashioned “koya”—substantial and a little on the firm side, with the distinctive aroma of dried foods. The simmered koyadofu sold in the deli section of stores is often too sweet and soft, lacking the satisfyingly plain flavor it ought to have. Koyadofu is indispensable in sushi rolls and chirashi-zushi (sushi rice with various toppings). It was invented by chance long ago in cold regions of Japan such as Koyasan (“Koyasan” is the name of place, and is a key center of Buddhism in Japan), Shinshu (present-day Nagano Prefecture), and Tohoku (northern Honshu) when tofu happened to freeze. In some places, you can still find homemade shimi-dofu (“frozen tofu”) hanging from the eaves of houses in winter.

Abura-age is tofu deep-fried without any coating. In addition to the common types such as usuage (thin sheets), atsuage (thick pieces), and sushiage (thin square sheets), local varieties abound, including Jogisan sankakuage from Miyage (sankaku means “triangle”), Miharu sankakuage from Fukushima, and Tochio jumboage from Niigiata. On a past visit to the areas of Tohoku devastated by the 2011 tsunami and earthquake, I stopped at an izakaya in the city of Koriyama, in central Fukushima Prefecture. When I told the owner behind the counter that I wanted to try some local specialties, she replied modestly, “All we have is country food…” before pulling some Miharu sankakuage from the refrigerator, lightly re-frying it in oil, and serving it piping hot drizzled with soy sauce. When I dug in with my chopsticks, I discovered a filling of natto (fermented soybeans) and green peppers. The simple combination of brown, green, and white was quite beautiful, and the exquisite flavor of the soybeans paired perfectly with sake. At the diners and soba shops of Tohoku, a straightforward dish of flame-broiled abura-age of one variety or another is invariably served alongside the meal. The inhabitants of northern Japan love abura-age, an affection I experienced firsthand on this trip.

These foods have a long and interesting history. Koyadofu and abura-age are both made from tofu. Tofu is believed to have been invented by Liu An, ruler of China’s Huainan Kingdom during the Han dynasty approximately two millennia ago. Soybeans, the main ingredient, originated in China and are thought to have arrived in Japan via the Korean Peninsula during the Yayoi period (300 BC–300 AD). Wooden tablets inscribed with the characters for soybeans have been excavated from the ancient capitals of Fujiwara-kyo and Heijo-kyo, providing evidence that the beans were used as food in the Asuka and Nara periods (538–794).

Beginning in the Kamakura period (1192–1333), shojin ryori—the vegetarian cuisine that spread due to the influence of Buddhism—made the fullest possible use of soybeans in all their forms. 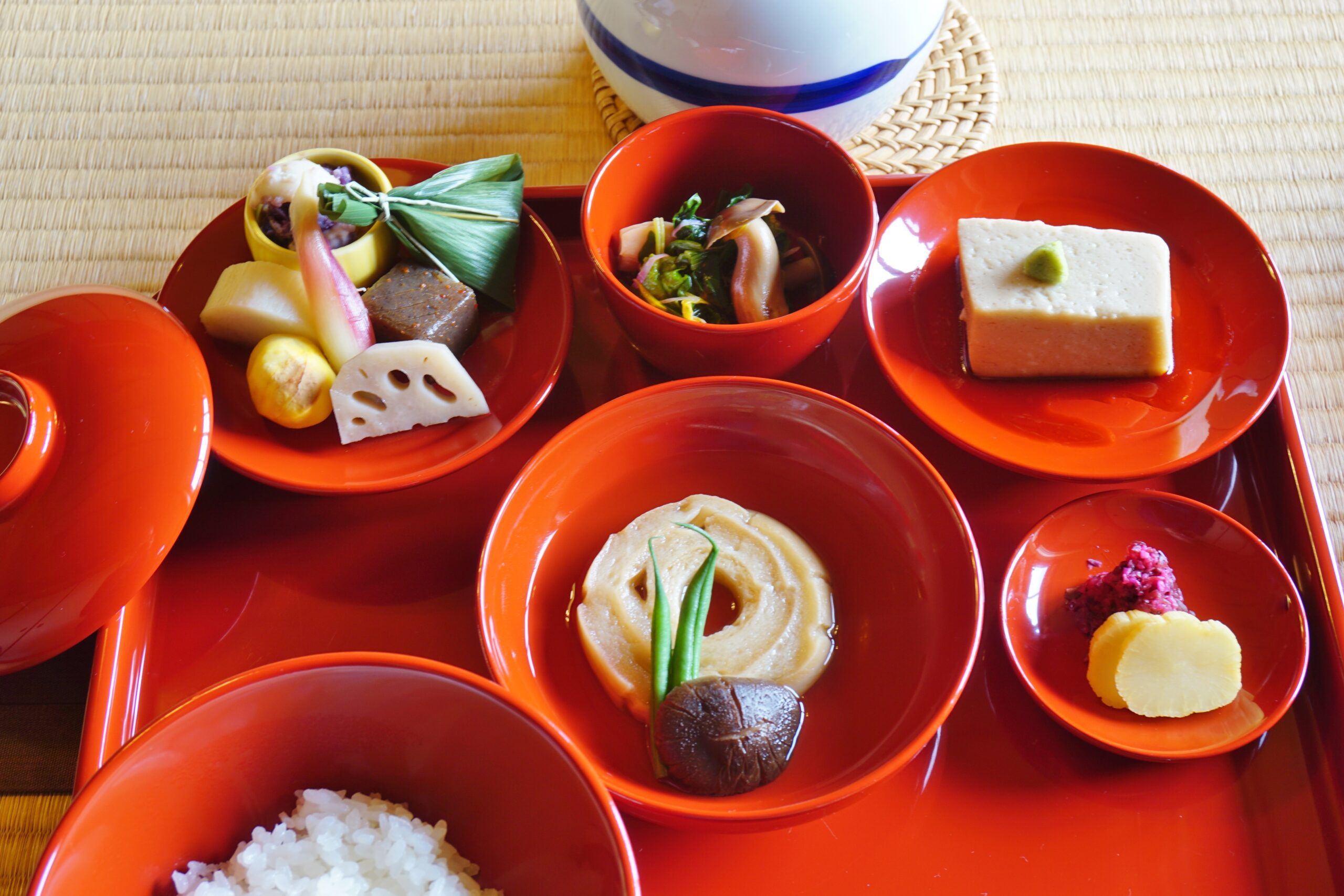 During the Edo period (1603–1867), the popularity of a cookbook titled Tofu Hyakuchin (One Hundred Tofu Delicacies) among commoners hints at the food’s beloved status during that time.

Soy milk and okara (soy pulp) are by-products of the tofu-making process; soy milk is used to make yuba (tofu skin) while tofu itself is re-processed into koyadofu, abura-age, and ganmodoki (savory tofu fritters). All of these are secondary products of tofu production. 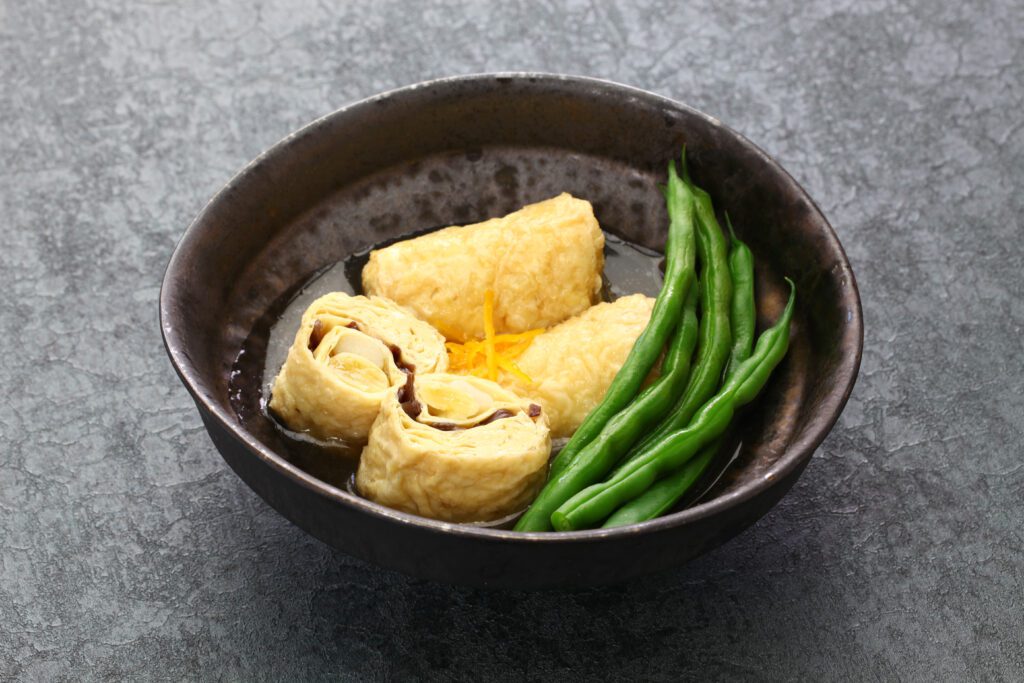 About twenty years ago, I took the opportunity of an academic visit to China, the birthplace of soybean and tofu production, to research soy products there. Down a back alley in Xi’an, a city in Shaanxi Province, I found a tofu shop. Workers in a small shed filled with the choking smell of oxidized soy pulp were using nearly the same techniques as those used in Japan. They coagulated soymilk to make tofu, then poured it into molds that were stacked atop one another and weighted with stones. The resulting product was sold either raw or lightly fried. However, its off-flavor seemed unsuited to Japanese dishes like hiyayakko (chilled tofu), yudofu (simmered tofu), dengaku (miso-grilled tofu), or shiraae (mashed tofu salad). Markets also offered chou dofu (“stinky tofu”) and golden dried yuba in both sheets and strips. 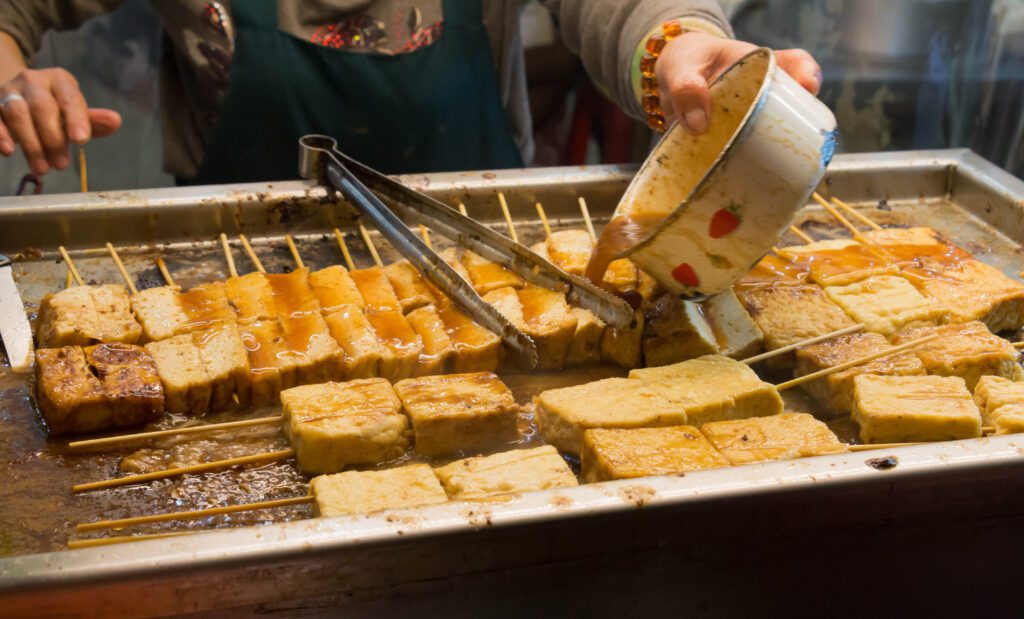 Koyadofu was used in homestyle simmered dishes featuring bone-in meat, Chinese cabbage, greens, daikon radish, and udon noodles. Each of China’s regions, from Beijing and Shanghai to Hangzhou, have unique soy products, just as each of Japan’s regions do. However, perhaps because they are made to suit Chinese cooking techniques that heavily use oil, these products did not strike me as a good fit for Japanese dishes that rely more on the inherent flavor of the ingredients.

Soybeans have not always been grown in large quantities in Japan. Despite this limited supply, however, Japanese cooks have shown great creativity in using them as both a valuable source of nutrition for mountainous regions and a key ingredient in shojin ryori.

They also developed many unique fermented soy products, such as miso, soy sauce, and various types of natto. 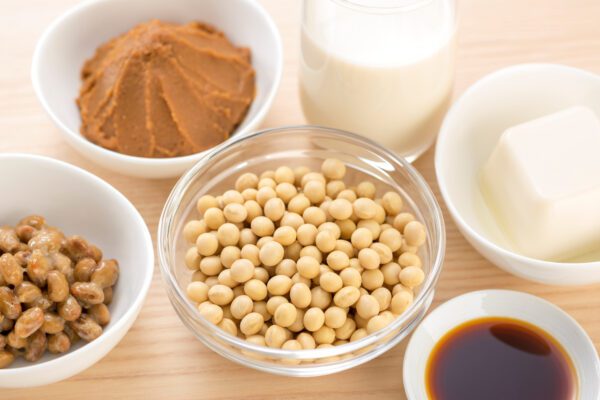 In regions where kombu, katsuobushi, and similar ingredients for making broth were scarce, roasted crushed soybeans were used instead, a method still used in shojin ryori. A knowledge of the delicious flavors contained within soybeans has long been a part of Japanese food culture, and these flavors have been developed according to local climate and geography.

Although Japan is a minor producer of soybeans in the global context, its people are among the world’s most avid soybean consumers. Japan outdoes even China, birthplace of the soybean, in its soy-based food culture. The basic research necessary to develop new food products not limited by tradition is ongoing in Japan and is meaningful around the world. I also believe this is crucial for ensuring global food security now and in the future.